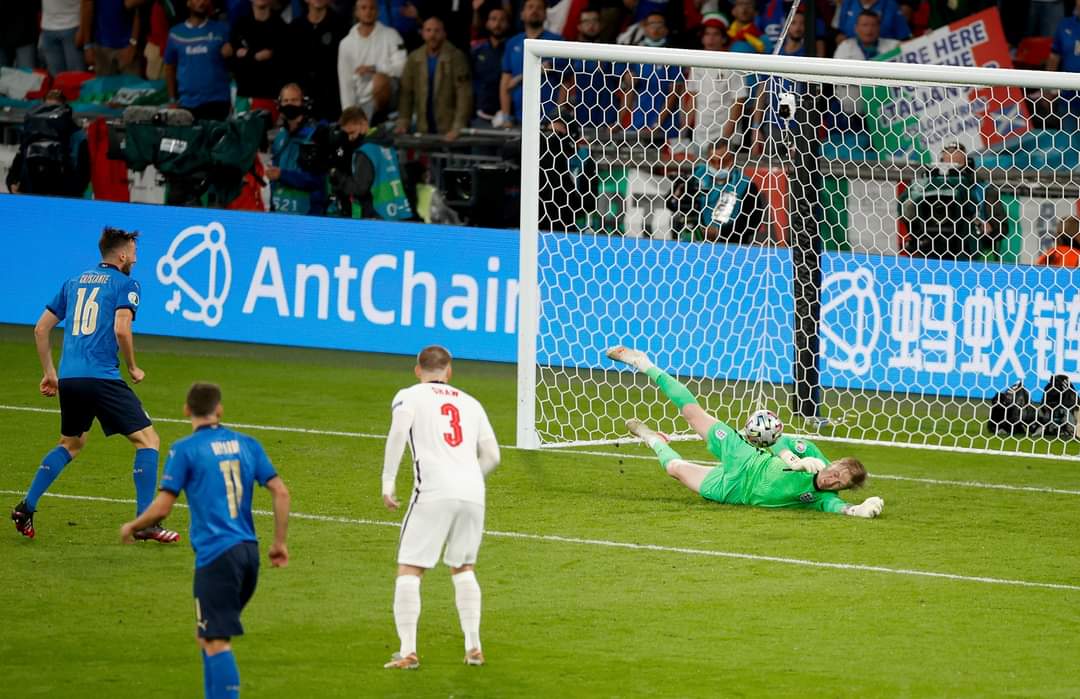 The tamper-proof and distributed nature of blockchain technology will be key to building mutual trust and enabling low-cost trading solutions that enable small and medium-sized enterprises (SMEs) to capitalize on the upcoming economic recovery, AntChain’s Geoff Jiang recently said.

AntChain’s solutions are already widely used around the world, from cross-border trade to works of art and food authentication to the world of sports.

The European football authorities have accepted the AntChain platform as their global blockchain partner for the 2020 and 2024 European championships and presented the world’s first blockchain-enabled trophy designed by the Ant Group at yesterday’s EURO 2020 final. Cristiano Ronaldo won the Alipay Top Scorer Gold Trophy with a record of five goals and one assist. The trophy, known as the “Golden Shoe” in previous years, contains a link to a blockchain record of goals scored during the tournament. Patrik Schick won the silver trophy, Karim Benzema the bronze.

Blockchain can also be used to digitize the entire end-to-end retail value chain and bring security and trust to all participants along the chain, Jiang said during his speech at the Economist event. Blockchain technologies, including distributed ledgers, smart contracts, and encryption, can ensure that trade data is trustworthy, tamper-proof, and support automated payments and payment processing in business operations, he said.

These features will lower the threshold for cross-border trade and allow more small businesses to participate in international trade. As an example, he cited AntChain’s digital platform for international trade and financial services called Trusple, short for “Trust made simple”.

Geoff Jiang spoke in the keynote speech during the Economist Global Trade Week on June 30, 2021 about how blockchain can help build trust and simplify global trade. (Image credit: AntChain)

The platform enables trading partners to encrypt contracts, payments and shipping data in a secure ledger and automatically transfer money when shipping conditions are met. The system reduces the need for records and complicated banking procedures, saving merchants time and increasing efficiency.

The Ant Group also shared the story of one of Trusple’s first customers on their official Medium page.

Most of her company’s customers are located overseas in markets such as India, Pakistan, Central America, South America, Europe, and the United States. In the past, Yuan had to take the risk of customers not paying on time, as well as spending time on administrative steps like confirming orders, confirming invoices, and confirming bank transfers.

With Trusple, Ant said, all she has to do is sign the contract and the backup steps are automatic. Trusple’s technology enables the buyer’s and seller’s banks to automatically process payment statements using smart contracts. This process not only automates the intensive and time-consuming processes that banks traditionally perform to track and review trade orders, but also ensures that information is tamper-proof.

“Business owners don’t need to understand blockchain hash rates or smart contract oracles,” Jiang said. “Instead, they can focus on running their businesses more efficiently while Trusple gives them the guarantees and management to ensure on-time payment and delivery.”

Jiang compared blockchain technology to global communications and trade revolutions like the telegraph and shipping containers. Like these technologies, he said, applying blockchain to the real world economy will revolutionize international trade by transforming the global movement of all digital commerce.

“The future that we are building will be exciting for medium-sized companies. Buyers, sellers and their banks will have almost seamless processes and billing through intelligent contracts, ”said Jiang. “The future will be more complex, but we believe that technology can keep improving to deal with the complexities.”

Editor’s note: This article was supported by the Ant Group. We believe in transparency in our publishing and monetization model. Read more here.

The Blockchain Firm Permitting Followers To Join with their Favourite Artists

Cloud Computing Market may even see huge development By 2021-2026

Salesforce acknowledged as a Chief within the Gross sales Pressure Automation